Cleantech innovation in Europe: here are the gamechangers of the future

Home/Sem categoria/Cleantech innovation in Europe: here are the gamechangers of the future
­
Previous Next

Cleantech innovation in Europe: here are the gamechangers of the future

This Portuguese company offers intelligent lighting systems for industrial and commercial buildings, underground parking lots, hospitals, and so on. According to the two founders, Jaime Sotto-Mayor, a geophysicist by background, and Carlos Rosario, an electrical engineer, their system, which constantly monitors the space to provide just the right amount of lighting, leads to savings of between 20 and 70%. Lighting responde for about half of the electricity bill for many companies. 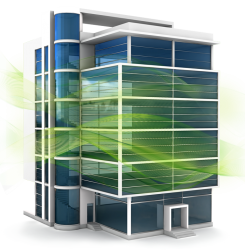 The cost of the system ranges from €2 per m2 in warehouses to €10 per m2 in offices. The payback time is mostly one to two years, sometimes even shorter, said Sotto-Mayor. No smart meters are needed – the sytem is easy to install and can be managed with a smart phone or similar device. IsGreen is already successful in Portugal and is now looking for expansion abroad. “We are particularly aiming at industrial plants, warehouses and other big places”, said Sotto-Mayor.